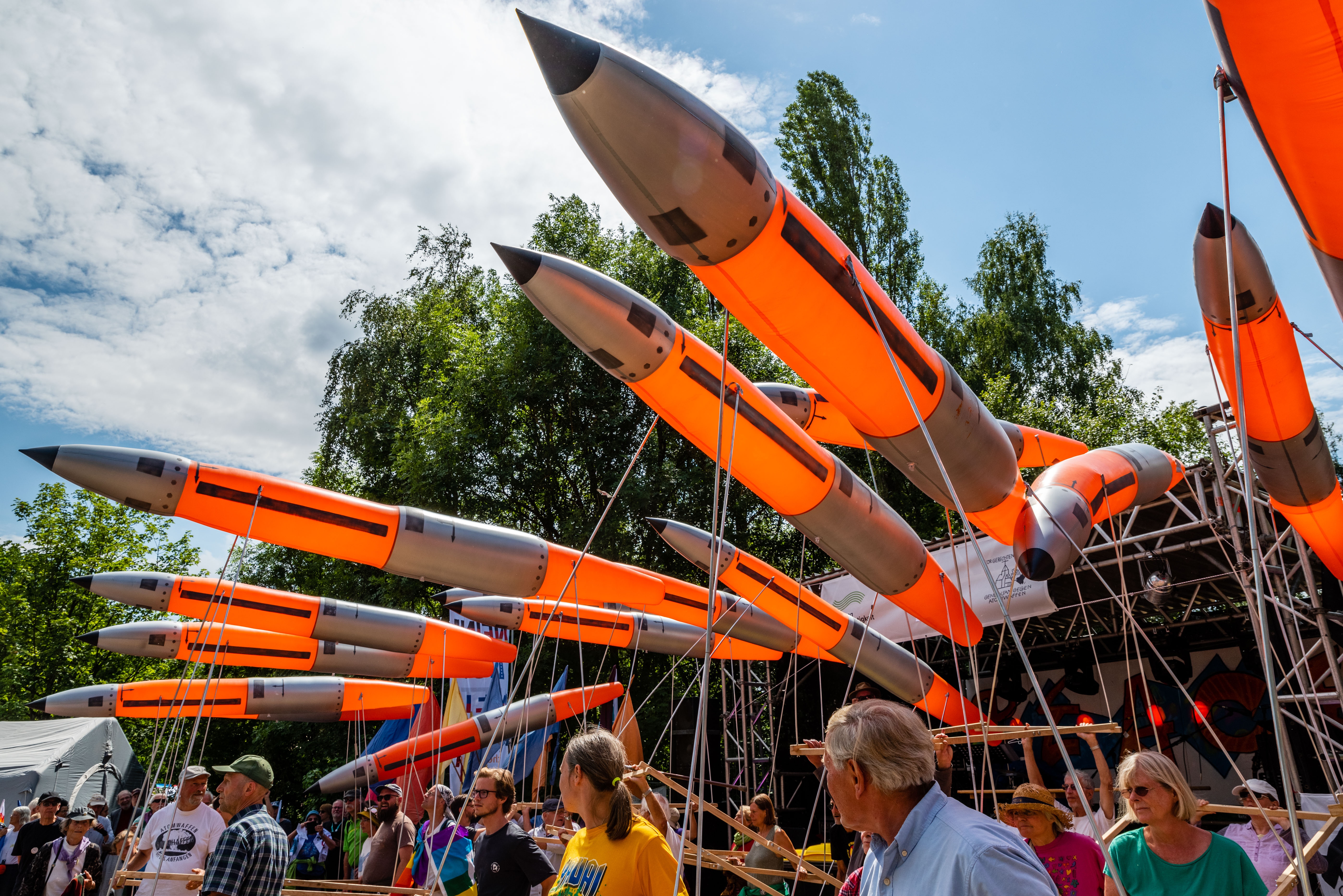 Together First Content
Download submission
Credited submissions (2)
Arthur Lyon Dahl
Global Governance and the Emergence of Global Institutions for the 21st Century
Alicia null Sanders-Zakre
Entry into Force of the Treaty on the Prohibition of Nuclear Weapons
Global catastrophic risk mitigated
Weapons of Mass Destruction
Climate change
Eco-system collapse
The threat from new and emerging technology
Unknown risks
Risk multiplier managed
Conflict or political violence
Institutions that lack inclusivity or accountability
Implementation timeframe
Short term
Weapons of Mass Destruction pose an existential threat to life on earth. They serve no useful purpose, and can never be used without committing an atrocity.
Realisation by implementing or making adjustments to current roadmaps


The International Campaign to Abolish Nuclear Weapons (ICAN) has launched a comprehensive campaign to promote the entry into force of the TPNW. It is now on the verge of adoption: 122 countries voted in favour of the Treaty and of those, 36 (and counting) have subsequently ratified it. The Treaty will enter into force once it is ratified by 50, which is projected to happen over the next year or two.

What if political will does not exist yet


It is unlikely that any nuclear armed state will accede to the TPNW any time soon, and so the TPNW will not directly lead to the abolition of nuclear weapons. But it is already significantly increasing stigma around their continued possession, and challenging the status quo which, under the NPT, does not put a completion date on the NPT’s five recognised nuclear armed states.

Furthermore, by banning nuclear weapons the TPNW and its growing list of supporters creates increasing legal and reputational risks for the arms industry to work on nuclear procurement or for banks, pension funds and other financial institutions to invest in companies in the nuclear supply chain. This adds practical pressures to the political considerations for nuclear armed states when it comes to maintaining and renewing their nuclear arsenals. The ban also challenges the philosophical legitimacy of the notion of deterrence by increasing the taboo around nuclear weapons and their use. In this same manner it is not politically acceptable to advance an argument for retaining biological or chemical weapons on the grounds of deterrence.


As world leaders convene in the UN’s 75th anniversary year to discuss “the world we want” it should be clear that the world we want is a world free from nuclear weapons. States should say so, and indeed it would be a moral failure if the Organisation did not use the occasion of the 75th anniversary (which is also the 75th anniversary of the only occasions on which nuclear atrocities have been committed) to recommit itself to disarmament. It is likely and desirable that the TPNW receive the final few ratifications necessary for it to come into force as a consequence of this renewed attention.

Beyond that, separate specific approaches need to be taken with regard to each of the five NPT recognised nuclear powers, the four other nuclear powers, and any other state that develops nuclear weapons subsequently. In the first instance these states need to be encouraged to develop security strategies which do not depend on possessing nuclear arsenals.


Biological and Chemical weapons have thankfully been banned, although with respect to biological weapons the treaty has no verification mechanism and has not been updated to keep track with their technological development - a significant threat states do not take sufficiently seriously. Nevertheless, they are prohibited, making their ownership a cause for significant political consequences. Yet there is no corresponding ban for nuclear weapons and nuclear armed states do not pay a corresponding diplomatic penalty.

The very first resolution adopted by the General Assembly expressed a desire to eliminate atomic weapons. While treaties have succeeded in curbing their spread, and in regulating the arms trade, the risk of nuclear war still hangs over us. Further the failure of nuclear armed states to uphold their side of the bargain at the heart of the Nuclear Non-proliferation Treaty and pursue negotiations in good faith towards disarmament leave these treaties on the brink of collapse.

The Treaty on the Prohibition of Nuclear Weapons (TPNW), adopted at the UN in July 2017, grew out of a series of conferences on the humanitarian impact of nuclear weapons. It showed the powerful transformative approach of addressing problems in global politics through the lens of catastrophic risk. It fills the gap in our global system and asserts that when it comes to the unacceptability of weapons of mass destruction, there is no nuclear exception.


How can we elevate meaningful control of the decisions that have global impacts to a more appropriate international level without causing a crisis of legitimacy or creating a “two speed” universal system, thus damaging the universality that gives the system its value? How do we make enforcement meaningful without moving towards the coercive west-dominated system the global south has fought so hard to avoid?

The area in which the balance has perhaps most successfully been struck historically is when it comes to the laws of war: from the Geneva Conventions to bans on biological and chemical weapons to landmines and cluster munitions, the world we live in is safer due to our system of global treaties.

In addition to the proposal's own merit, it could demonstrate the efficacy of the model of treaty based prohibitions, for the better management of global risks through treaty processes and the establishment of international standards.


Further information is available in the linked proposal.